Everything you should know about Key Opinion Leaders in China (KOLs) 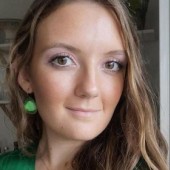 In this article you’ll learn…

What does Key Opinion Leader (KOL) in China mean?

In a previous article, we highlighted some of the most popular apps in China, which gives insight into the platforms themselves as well as their use and reach. As influencers, or rather KOLs, are perhaps utilized differently in the West versus the East, understanding the different platforms can be beneficial to see the relationship between brands and Chinese Key Opinion Leaders. But the base principle remains the same, that KOLs are influencers in China who share content and are often part of brand campaigns where the creators can share information, content, opinions, and other entertainment with their followers.

One of the popular Chinese apps is WeChat. On this social media channel, you can discover a wide variety of KOLs, with topics ranging from parenting to beauty. The popular KOLs will tend to have official verified accounts. And as the app allows for more personal content as compared to other platforms, there are many ways in which the China Key Opinion Leaders can share regular updates with their followers including many different mediums such as gifs, pictures, and videos.

An example of a popular KOL is Becky Li, who has over 20 million readers across her different platforms. Her content typically centers on fashion tips and features luxury products from brands like Chanel, Hermès, Dior, and more.

WeChat has also expanded its features and is now including the ‘WeChat Index’. The index works in aiding KOLs and brands with social Search Engine Optimization (SEO) and with managing trends in keywords. This is for creators to generate top-performing content that can achieve a wide reach and engagement from users of the platform.

The Chinese social media platform Weibo offers e-commerce that is direct-to-purchase as part of their site. The content on the app is also a bit more intriguing as the creators and KOLs have more options in terms of sharing videos, images, gifs, live streaming, and creating text-posts that can include more of this media. The design of the platform is more open than that of WeChat, and advertising tends to be cheaper than other platforms which play a part in why this channel is often deemed attractive as a Chinese media marketing tool.

Beauty and fashion are predominant subjects that greatly benefit from China’s Key Opinion Leaders on Weibo. As the platform users look for reviews and testimonials from these popular profiles, brand collaborations and product campaigns that utilize KOLs often garner success as a result. Some major beauty brands which have been seen to implement KOL campaigns on Weibo include Maybelline, SK-II, Bobbi Brown, and YSL. Popular fashion, luxury, and beauty creators on Weibo include Sus1414, MK Liangliang, and Mint Q.

As with western Influencers on Instagram live, YouTube live, Facebook live, and so on, there are many social media platforms in China where Key Opinion Leaders create live streams where viewers and followers can interact with both content and with the creator in a directly engaging format.

On platforms like Bilibili, Meipai, and Yi Zhi Bo (and many others) creators and especially KOLs can share their content in a live stream. The most notable feature of the platform is the interaction which is done with what’s called a “bullet curtain”, which is where viewers can make comments which appear directly at the moment it is submitted, and the KOLs can respond to these as they appear. These platforms are currently on an upwards trend and are seeing a steady increase of users and creators.

Bilibili, which is becoming more closely viewed as a Chinese version of YouTube, is one of the apps most equated with the bullet curtain function. Primarily known for niche content, Bilibili is expanding much more into the mainstream, especially with Gen Z consumers. The familiarity and intimacy which can be established on the platform through the live streams have made it a favorite amongst many consumers, and especially during the Covid-19 outbreak where people have been able to take part in real-time (and of course virtual) entertainment and interactions.

Much of the content created by the most popular Key Opinion Leaders are in some way related to beauty and includes makeup reviews, tutorials, and even descriptions of cosmetic procedures they’ve had done. Ways in which brands can utilize this is of course by the KOLs reviewing the products, but also simply by the videos featuring the person wearing or using products from a brand.

Another medium that is being used more by brands is the introduction and steady rise of what’s commonly known as Key Opinion Customers (KOC). You might sometimes hear KOCs referred to as micro-KOLs, there are however some key differences between the two, one of those surrounds the level of authenticity and organic content.

Authenticity in KOLs and KOCs

Key Opinion Leaders in China are similar to Influencers in that they generate a monetary value through their content, and their collaborations with brands are often more widespread than selective as their influencing is often a part or result of their main profession (so it’d be natural to receive an award for their work done for brands).

The Key Opinion Customers, however, use their Voice in an often more personal manner, such as genuinely recommending brands and/or products to aid those they have connections with personally. The KOC are consumers who personally promote products and have a lot more control when it comes to content creation, as brands are required to maintain co-creational marketing with these individuals. These Key Opinion Customers, therefore, tend to be much more selective with what they may or may not choose to recommend, their opinions are a lot more synonymous with word-of-mouth of user-generated content.

Mass-market to high-fashion brands in the west can be observed to increase their use of micro-influencers, and a similar trend is seen among KOC and Key Opinion Leaders in China. Users on almost all different platforms are drawing more and more towards KOLs who perhaps don’t have the largest following, but those who do follow tend to be very loyal. The audience is seeking authenticity in the content created and looks to KOLs and KOC who they trust and relate to. These Chinese Key Opinion Leaders are often those who’ve amassed certain expertise in a perhaps more niched area and come out successful where people are seeking more quality over quantity to suit their needs and expectations.

One example of such an individual is the KOL Bao Xiansheng (aka Mr. Bags) who has mentioned a great number of luxury brand bags on his various channels, these brands include Céline, Loewe, and Hermès.

Getting to know the basics and then delving deeper will be the key to success in connecting with the Chinese market and Key Opinion Leaders in China. If you want a walkthrough of the implemented use of KOLs in China, you can have a look at our Webinar from February which discusses The Most Effective Strategies and Channels to Entering the Chinese Market.

Noticed any new trends in Chinese Social Media Marketing? Leave your comments below!

Paloma is a keen writer, based in Sweden, who recently joined the Launchmetrics Digital Marketing Team. She has a great passion for the fashion & technology sectors and exploring the digital transformation of the FLB industry.

Let's talk about it Share with us your experience and opinion on the subjects by filling the form below. Cancel Reply

5 KOL Marketing Tactics Every Brand Needs to Know in 2021